Visionary Women, the non-profit community focused on engaging conversations and funding high impact initiatives for women and girls, hosted a special report on Nov. 2 covering the crisis in Iran and the women at the forefront.

Visionary Women, the non-profit community focused on engaging conversations and funding high impact initiatives for women and girls, hosted a special report on Nov. 2 covering the crisis in Iran and the women at the forefront. The event was moderated by Niloo Razi, a national security expert, and featured a panel with Goli Ameri, former United States Representative to United Nations and Under Secretary General for Humanitarian Values and Diplomacy for the International Federation of Red Cross and Red Crescent Societies, and Lisa Daftari, an investigative journalist and Editor-in-Chief of the Foreign Desk, a multi-media news platform.

While panelists acknowledged that protests have become more regular in Iran over the years, discussion centered around why this movement may be different, and how it already is. Since the death of Mahsa Amini ignited unrest throughout Iran and around the globe, the Beverly Hills community has reverberated the voices of the brave Iranian women who continue to stand up for their rights. “When you have protesters in a country like Iran that is so restrictive, you really need to help put wind in their sails,” Ameri said.

“For the past seven weeks, we’ve witnessed young Iranians led by women and students rise up in protest against morality laws, against the Iranian regime, and really against the very harsh reality of their everyday existence,” Razi said.

Unprecedented in scale, duration, and unity, Iranians from different ethnic and religious backgrounds are taking part in protest despite the risk to themselves.

“It is unified both inside and outside Iran,” Daftari said. “We have never seen such unity in the messaging, and the message being very simple: regime change.” She noted that protests are even happening in clerical cities like Qom, 87 miles south of Tehran, indicating how widespread the movement has become despite government crackdowns.

“They’re trying to make examples out of influencers, people who have large followings, people who have names out there in all sorts of sectors from athletes, musicians and poets and dancers,” Daftari said. “But the kids are not scared. They’re not backing down, and that tells us that this isn’t going anywhere anytime soon. If there was ever a chance for the Iranian people to overthrow their government, and to get their point across within the last 43 years, this looks like it will be it.”

According to Daftari, for the sake of survival, the Iranian government has become extremely united in terms of its response to the protests. “Unfortunately, they are messy and there’s going to be internal strife,” Ameri said about uprisings. “And the Revolutionary Guards, who were established exactly for this reason, are not going to let go.”

For the movement to be successful, Ameri suggested choking up the funding of the Islamic Revolutionary Guard Corps and freezing the assets of the Iranian leadership and their progeny in Western countries. “I think a global conference that really puts the spotlight on Iran at this point in time would be really critical,” she added.

In response to audience questions about how to support Iranian women and the revolution, Daftari said “they want one thing from us, and that’s to have their story told.” 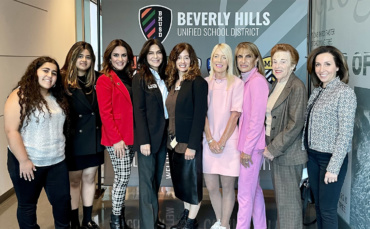 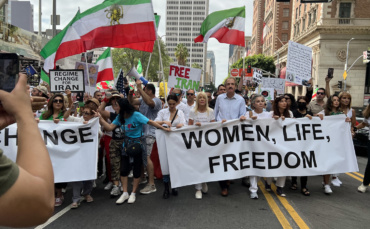 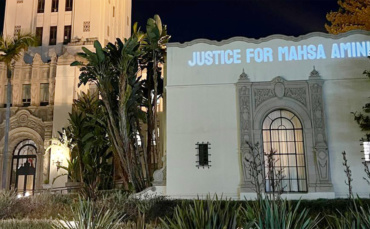