‘When You Finish Saving the World’ — Is There Room for Me?

Jesse Eisenberg, in his feature film writing and directing debut, has given us a remarkably insightful film about longing, miscommunication, emotional connection and disconnection, and the need for understanding.

Jesse Eisenberg, in his feature film writing and directing debut, has given us a remarkably insightful film about longing, miscommunication, emotional connection and disconnection, and the need for understanding.

In “When You Finish Saving the World” we meet the Katz family. The focus is on Evelyn, altruistic leader of a women’s shelter who has put all of her heart and energy into providing a safe place for battered women who need to start afresh. Her voice, soft, even comforting, says so much about how she would like to be perceived by the greater community. She has always been passionate about social justice and is visibly disappointed that her son Ziggy is an entitled, shallow, uninformed teen lacking meaningful values. Ziggy’s life is social media and for the last several years he has been writing modern folk music with, I must admit, uninteresting and unimaginative lyrics that are livestreamed across the ether to the third world where he has a big following, especially in China. Each new song is presented on Zoom where a thumbs up means a monetary gain, and many thumbs up means even more money and better positioning on his hosting platform.

Ziggy, the personification of slacker youth, is a disappointment to his mother. She had such hopes for him when he was a tot and accompanied her to all her protest marches. Today, he knows little or nothing about the world at large, political issues, or even his own governmental processes. Evelyn, for her part, dismisses all of Ziggy’s interests as trivial. Truth be told, it’s hard to take him seriously. When asked by his mother what his livestream long-term goals are, he replies, “To get rich.” There is no connection between mother and son. Not that Ziggy’s pursuits reflect any depth of personality but Evelyn doesn’t spend a lot of time listening to him. Nor he to her.

Grounding the story, if not the characters, is Roger, the paterfamilias. Deliberately not explored, Roger is wallpaper in the background who is the unacknowledged glue that keeps the wheels moving. He cooks, he listens, he works, and he is ignored to the point that you realize Evelyn and Ziggy are two sides of the same narcissism.

There’s a lot of heavy lifting in relationships and, in their own ways, neither Evelyn nor Ziggy is prepared to do anything other than paper over the differences. Ziggy has fallen for the beautiful smart girl at school, Lila. She’s a social activist who wears her politics on her sleeve. Veering to the left, she sees the ills of the world in black and white. Ziggy, entranced, understands nothing of her worldview because the only world he sees are the foreign faces on his music platform. Social injustice? Invasion? Historical exploitation? Modern day slavery? These ignite her passion. He’d love to enter her world if he can find a shortcut to knowledge. Alas, there is no shortcut as his mother points out. His ignorance, previously worn proudly on his sleeve, is now his undoing.

Evelyn, dismayed by Ziggy’s superficiality, chooses to remedy this by attempting a do-over with another teen. Angie, recently brought to the shelter with her teenage son Kyle after a domestic abuse incident, is grateful for the space. Disorganized, unsure of her place in the world, she has been graced with a child of depth and thoughtfulness. It was Kyle who enabled his mother to leave her situation. Evelyn is immediately taken with Kyle, the better son, wasted on a mother without ambition. But, like Ziggy, Kyle’s ambitions are limited, both by his upbringing and his vision. When he leaves school, he’d like to go back to working for his father as a mechanic at his auto repair shop. Evelyn sees a different future for Kyle and proceeds to “adopt” him, filling his head with college aspirations. Maybe Kyle can be her do-over. But highlighting Evelyn’s obtuse worldview is her inability to value personal success, no matter how limited or alien to her values, whether it’s Kyle or Ziggy.

Sadly, neither Evelyn nor Ziggy see a detente in their relationship. They cross paths but there is an anti-magnetic force that conspires to pull them apart. And always in the background is Roger, ready to listen or comfort or just be noticed.

Eisenberg strides the line of superficiality and depth with ease. Almost a slice of life, much like the French do so well, very little seems to happen until, almost imperceptibly, Ziggy and Evelyn are forced to glance internally and understand that something is lacking within them. Worldviews aren’t changed and yet a window opens.

Adding to Eisenberg’s deceptively simple scenario are his outstanding actors. The story is underpinned by the supporting actors who put the conflicts in motion. Eleonore Hendricks plays Kyle’s mother. Off balance, she can still see that Evelyn is adding pie in the sky to her son’s practical dreams. Her aspirations for Kyle may be colored by her inability to see the intelligence that Evelyn sees or at least imagines, but she does understand that there is a lifetime of satisfaction in repairing a car compared to feeling inadequate academically. Billy Bryk, Kyle, reveals the maturity within this working-class kid who has not had the encouragement to aspire higher than car repairman. But Bryk makes us see, even if Evelyn can’t, that there is great satisfaction in a job well done even if it’s not a job valued by the Evelyns of the world.

Outstanding character actor Jay O. Sanders as Roger, father to Ziggy and husband to Evelyn, has the exceptionally difficult role of making his presence known. That he plays his disappointment under the radar is exactly who Roger is and allows us into his life, as barely illustrated as it is. No doubt intended to be a background presence, he elevates it to a critical level in understanding who his wife and son are.

Finn Wolfhard is Ziggy, all dull affect, shallowness, and in the end perplexed at who he is or who he should be. Ziggy is actually the least interesting character in this story, and that is by design. Sometimes it’s more difficult to portray diffidence and apathy than excitement and passion. He has no greater goal than thumbs up on an app.

Finally, there is the always excellent Julianne Moore as Evelyn whose very passion is underscored by some of the same apathy seen in her son. She is magnetic and makes us admire her as she tries to help others and cringe when she misappropriates another woman’s child to find the satisfaction as a guiding force that she lacks with her own son.

The soundtrack, composed of Wolfhard’s own music for Ziggy and the classical music that brings pleasure to Evelyn, underscores the vast chasm between the characters.

This small, independent film deserves attention and an audience. I was drawn in.

Opening Jan. 20 at the AMC Century City and the AMC Grove. 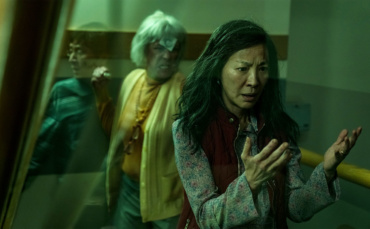 The beginning of the new year brings out all the lists for “best movies” of the previous year. I am no exception. One thing you will definitely notice is that so many of the “best movies” appeared in theaters beginning in late September. Awards season voters have short memories, so studios tend to release their best adult fare toward the end of the year. This year was no exception. 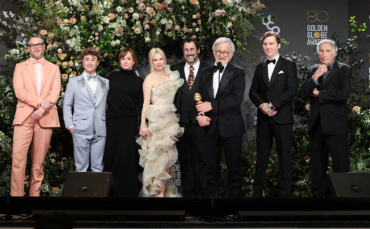 Come January, awards season commences. And first up was the rejuvenated — or so they say —Golden Globes held at The Beverly Hilton on Jan. 11 and broadcast on NBC. 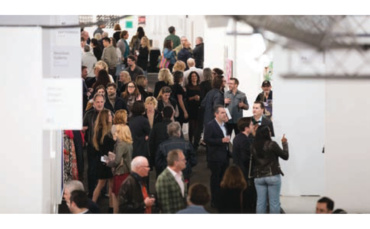