“I’m not going to argue the case and take your time on it, but I think, Council, you’re making a big mistake here,” said Attorney Benjamin Reznik, who represented the applicant. Reznik pushed back against the urgency ordinance, describing it as “illegal” because “there is no immediate threat to the public welfare.”

To paraphrase Shakespeare, two houses were “not so alike in dignity” at the Jan. 26 Beverly Hills City Council Formal Meeting. One of those houses, at 1033 Woodland Drive, was enthusiastically granted Local Historic Landmark status by the Council. The Hollywood Regency-style house designed by architect John Elgin Woolf was formerly inhabited by Hollywood titan and “The Godfather” producer Robert Evans. In the other matter, the Council unanimously denied an appeal of a lot line adjustment decision for a property in Trousdale Estates. The Council found that the desired adjustment, which would have created a lot that fell in both Beverly Hills and Los Angeles, violated the city’s General Plan. The Council also passed an urgency ordinance prohibiting lot line adjustments across city boundaries.

“Having served on the Planning Commission and on the Council all these years, I would have to say that this is probably the most iconic property and awe-inspiring property that I’ve seen in our community, and I really do want to thank the owner for agreeing to and committing to restoring it to its original splendor,” said Councilmember Lili Bosse in casting her vote to grant historic status to the Woodland home.

The designation allows the current owners, Discovery President and CEO David Zaslav and his wife, Pam, to begin renovations and restoration work on the property. In making his case to the Council, Zaslav emphasized his personal connection to the history of the property and to Evans himself. “It’s unusual in that I feel very personal about the property. Bob Evans and I share many, many friends. We bought the property directly from the trust. Bob’s son, Josh, is a good friend of mine and Pam’s; we speak to him often. We hope that he’ll be spending a lot of time with his family at one of our guest houses. And we hope to invite back a lot of Bob and my friends and have many years of fun and enjoying this property,” he said.

The property wound its way through city commissions as it sought Local Historic Landmark status. The Cultural Heritage Commission initiated landmark proceedings in November of 2019. In June 2020, the Commission adopted a resolution recommending that the City Council designate the Woodland property as a Landmark and place it onto the Beverly Hills Register of Historic Properties. In December of 2020, the Planning Commission approved conditional Historic Incentive Permits (HIP) for the project, which would allow the project to make deviations in the development standards in the Beverly Hills Municipal Code. With the landmark status in hand, the project can move forward as planned.

Councilmember John Mirisch thanked Zaslav and his team for their dedication to the property, which he described as Woolf’s “Mona Lisa.” He lamented other houses designed by Woolf that had been lost for lack of similar efforts.

“Our Cultural Heritage Commission is approximately 10 years old and it was something that was sorely lacking before. Among the houses that were destroyed that led to the creation of this commission were the George and Ira Gershwin house on Roxbury. Well, that was a John Elgin Woolf house. That’s no longer with us,” Mirisch said. “This house will be with us.”

Later in session, the Council resumed its hearing of an appeal of a lot line adjustment decision for a property in Trousdale Estates. The vote was unanimous to deny the appeal. The property falls both in Beverly Hills and the City of Los Angeles, which complicated the homeowner’s request to create two lots out of the existing three. One parcel of the property lies in Beverly Hills and the other two in Los Angeles; the applicant wished to create two parcels, one of which would have crossed city lines. Immediately prior to the hearing, the Council voted on an urgency ordinance prohibiting lot line adjustments across city boundaries, all but sealing the appeal’s fate.

“I’m not going to argue the case and take your time on it, but I think, Council, you’re making a big mistake here,” said Attorney Benjamin Reznik, who represented the applicant. Reznik pushed back against the urgency ordinance, describing it as “illegal” because “there is no immediate threat to the public welfare.”

In August 2019, the homeowner filed a request to redraw the lines such that one parcel crosses city lines, with the other one in Los Angeles. The Planning Commission held a hearing on the request in the fall and determined that the request did not conform to the city’s General Plan “because it would allow a development that could be inconsistent with the scale and character of the Trousdale Estates area,” according to the staff report drafted for the meeting.

“This is a distinctive situation…Because the lot line is literally coterminous with the city property boundary, it would change which cities’ ordinances would govern the property,” said Vice Mayor Robert Wunderlich, who argued that even without the urgency ordinance, the city had grounds to deny the appeal. 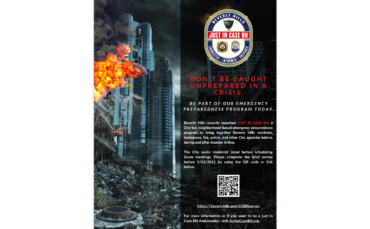 “Just in Case BH brings residents, businesses and all city services together by seamlessly assisting each other before, during, and after emergencies through disaster preparedness, organizational leadership, and communication,” said Fire Chief Greg Barton. “This is truly bringing everybody together in Beverly Hills as one unified voice to work through the problems, to be disaster prepared, and to have good communication amongst all those groups.” 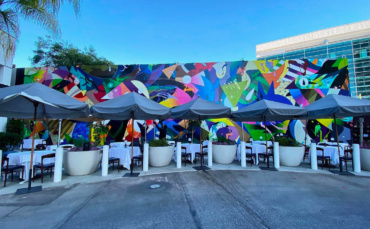 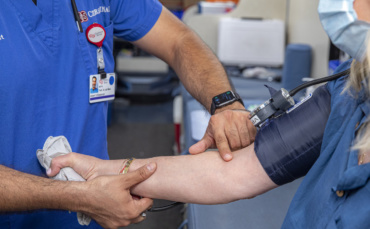 "What ends up happening is that we have to piece together blood deliveries from different sources," Romero said.