March 8 marks International Women’s Day, a day to celebrate women’s achievements and join voices together to rally for equality, gender parity and other female-focused issues.

The observance is more than a century old now, but it continues to evolve. This year, the Beverly Hills-based nonprofit Visionary Women is hosting an event expected to draw national attention. The organization’s 2021 Virtual Summit celebrating International Women’s Day is aptly named “A Global Vision for a Better Future.”

It’s all about vision, and the perspective of some of the most influential women in the country.

In partnership with Women Moving Millions, Acumen and Vital Voices, the Visionary Women Virtual Summit takes place on March 4 at 9 a.m.  It will also be available for viewing on demand March 8, from 8 a.m to 8 p.m. Registration is free.

“During such polarizing times, a summit discussing ways in which we can find common ground to move forward is the most important conversation to have,” author and Visionary Women Co-Founder Angella Nazarian told the Courier.

The summit features three panel discussions comprised of illustrious speakers across a range of disciplines. The discussions, presented by Maurice and Paul Marciano, will touch upon topics ranging from peacebuilding, to constructing a more equitable world, as well as inclusion and diversity.

At the center of each, of course, is vision.

“Vision for Unity” is moderated by psychologist and licensed clinical marriage and family therapist Dr. Jane Nathanson and made possible by GEARYS. Award-winning journalist, producer and author Katie Couric will introduce the distinguished panelists. They include Madeleine Albright, the professor, New York Times bestselling author, diplomat and businesswoman who served as the 64th and first female Secretary of State of the United States.

“Vision for Equity,” made possible by Merill Lynch, will feature an introduction by Sarah Haacke Byrd, CEO of Women Moving Millions, a global membership community of over 340 philanthropists who have committed nearly $800 million to organizations and initiatives benefiting women and girls.

“Vision for Peace” is moderated by Alyse Nelson and made possible by Chara Schreyer/ Kadmina Foundation. Nelson is president and CEO of Vital Voices Global Partnership and a best-selling author. Panelists include the 2011 Nobel Peace Laureate Leymah Gbowee, a Liberian peace activist, trained social worker, women’s rights advocate and author. She is the founder and President of the Gbowee Peace Foundation Africa, which provides educational and leadership opportunities to girls, women and youth in West Africa. Joining Gbowee is fellow 2011 Nobel Peace Laureate Tawakkol Karman, a Yemeni human rights activist, journalist, politician, founder of the Peaceful Youth Revolution Council and the Tawakkol Karman International Foundation. Melanne Verveer, former U.S. Ambassador-at-large for Global Women’s Issues and President and CEO of Vital Voices will introduce the panel.

The event will also include Tracy K. Smith, 22nd Poet Laureate of the United States, who will recite her poem, “An Old Story.”

“I am bursting with excitement and anticipation for this extraordinary summit that showcases our world’s most inspiring, innovative and bold trailblazing women.” Beverly Hills City Councilmember and Visionary Woman Co-Founder Lili Bosse told the Courier. “This summit reminds us that women do empower one another to break barriers and their vision allows for positive change during these challenging times toward better days ahead.”

One listener posed a hypothetical question about what would happen if they lost their job, but then received more money in unemployment benefits than they made at their former job. Would they qualify for eviction protections? 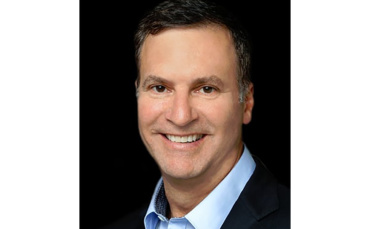 “With The Foundation’s rich history and track record of support for Jewish causes locally, in Israel and around the world, as well as across the general community, its mission has never been more important than during these challenging times where need is greater than ever.