“It would include two phases within this phase one, phase 1A and phase 1B, which would require a full closure of North Gale for approximately four months out of those 20 months,” Rob Welch, project manager for the city, said during the meeting.

On March 2, the Beverly Hills City Council held a Regular Meeting during which it approved a request by the Los Angeles County Metropolitan Transportation Authority (Metro) to implement additional lane reductions along Wilshire Blvd and side street closures. The request was approved to facilitate the construction of multiple underground appendage structures, such as emergency exits, utility rooms, ventilation shafts and more for Section 1 (La Cienega Station) of the Metro D Line, formerly known as the Purple Line Extension subway project. Beginning this month through approximately the third quarter of 2023, Wilshire Boulevard between La Cienega Boulevard and San Vicente Boulevard will be reduced to two lanes in each direction, along with temporary full and partial closures of N. Gale Drive at Wilshire Boulevard. The lane reductions would be in place for 20 months, 24 hours a day, seven days a week.

“It would include two phases within this phase one, phase 1A and phase 1B, which would require a full closure of North Gale for approximately four months out of those 20 months,” Rob Welch, project manager for the city, said during the meeting. “Followed by a directional closure, so a southbound closure of North Gale for seven months out of those 20 months. It would also include sidewalk closures.”

After phase one is complete, the construction zone will be shifted to the south side of Wilshire between S. Gale and La Cienega. Fencing and K-rails will be installed during this time, resulting in Wilshire being reduced to two lanes in both the east and westbound directions and periodic daily closures of Gale Drive, south of Wilshire. Metro’s current schedule estimates Phase 1 work on the north side of Wilshire from March 2021 through Oct. 2022, and Phase 2 work on the south side of Wilshire from Nov. 2022 to July 2023. The work activities involved during construction include saw cutting, sidewalk and pavement removal, utility maintenance, excavation, hauling, shoring installation, appendage structure installation, backfill, removal of shoring and surface restoration. The work will take place between the hours of 7 a.m. and 8 p.m. seven days a week.

Prior to the meeting, city staff and Metro staff discussed conditions of the permit that would mitigate impacts on the community.

After approving additional construction, Metro plans to incorporate the following into their work plan: enhanced landscape improvements for the future median island at San Vicente and Wilshire; traffic video detection at the intersection of Wilshire and Gale; lengthening of street improvement limits along Wilshire from the west station box limit (La Cienega) to Stanley Drive, and from the east station box limit (Tower Drive) to the city right-of-way (ROW) limit at San Vicente; replacement of sewer laterals within the station box area to the ROW limit; Traffic Control Officers (TCOs) to be deployed as determined by the Beverly Hills Police Department to assist the free flow of traffic; and the installation of public information graphics and wayfinding signs around the k-rail enclosures and sidewalk barriers and signed detour routes to promote local businesses impacted by the construction and orient pedestrians to businesses and parking areas.

“I’ll just add that the enhancements that are negotiated are above and beyond what would have been necessary,” Mayor Lester Friedman said. “Had there not been this negotiation, the enhanced landscape at the median is going to be a beautiful gateway as opposed to just a replacement of the concrete and what was there before.”

Friedman added: “These were negotiated by staff and are significant to us in granting the appendage work, so we were supportive of it.”

The news of additional construction came shortly after Metro announced a major milestone. On March 1, Metro reported that one of its boring machines broke through to the Wilshire/La Cienega subway station site in Beverly Hills. Metro’s boring machine, named Elsie, is 400 feet long and weighs 1,000 tons. It began working west at the Wilshire/Fairfax station on May 29 of 2020 and broke through to the Wilshire/La Cienega station last Thursday.

“Metro has reached yet another milestone as it works to bring fast, frequent, and reliable subway service to the Westside,” said Mayor Eric Garcetti, who also serves as the Metro board chair.

“Tunneling to Wilshire/La Cienega is a big step toward completing the first section to the Miracle Mile and Beverly Hills and connecting Angelenos to the many destinations in both of those communities,” he said. 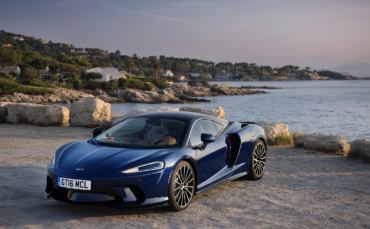 A Trio of McLarens The Three Ami – GOES