Shiva Bagheri, the founder and organizer of the Beverly Hills Freedom rally, has reached a judicial diversion agreement with the City of Beverly Hills for holding unpermitted gatherings in the city. As a part of the agreement, reached on July 27, Bagheri must serve 20 hours of court-approved community service and abstain from organizing any unpermitted gatherings for six months. If she violates either term of the agreement, she still may face prosecution.

“We are pleased to see the defendant being held accountable for her actions,” said Beverly Hills Chief Communications Officer Keith Sterling.

The Beverly Hills Freedom Rally began in July 2020 in response to COVID-19 public health guidelines requiring face coverings and restricting certain businesses. At one of the first weekly rallies, with attendance in the dozens, Bagheri led a smaller group of protesters to then-Mayor Lester Friedman’s house to demand an end to mask mandates and school closures (policies that are not within the mayor’s authority to change).

As the election season heated up, the Saturday rallies at Beverly Gardens Park became a gathering place for pro-Trump supporters. Each successive week, the number of Trump 2020 flags (and the people holding them) multiplied. In August, #WalkAway, a group that encourages Democrats and unaffiliated liberals to defect to the conservative movement, marched from West Hollywood to Beverly Gardens park, bringing hundreds of followers in tow. The exposure from that event triggered a surge in attendance from that point forward, reaching a peak of more than 4,000 in October.

The growing crowds also brought controversy. Many residents complained about the lack of access to Beverly Gardens Park each Saturday and about the loss of parking. Others complained about the low levels of compliance with Beverly Hills’ masking requirements, especially with the rally-goers marching through the Business Triangle and getting close to al fresco diners. The rallies also saw repeated instances of violence between counter-protesters and Trump supporters.

On Oct. 27, in anticipation of unrest following the Nov. 3 General Election, the City Council adopted Urgency Ordinance No. 20-O-2821, which updated and clarified the City’s rules on parades and assemblies. The ordinance set dedicated areas for unpermitted assemblies at Beverly Gardens Park, La Cienega Park, and the Civic Center and stipulated that gatherings greater than 500 people must obtain a permit.

When the election returned a negative result for Donald Trump, the rally’s message transitioned from “Trump 2020” to “Stop the Steal.” It did not, however, go away.

The City Council readdressed the question of unpermitted rallies on Nov. 24, updating its ordinance to ban all rallies without a valid permit in Beverly Gardens Park, citing “considerable hardship for area residents as expressed in numerous complaints, including repeated obstruction of local access to and through the park, sudden and sharp increases in illegal parking (including in residential neighborhoods), and safety concerns.”

“I’m going to be there every Saturday until we get our freedoms back,” Bagheri told the Courier at the time.

Toward the waning months of the Freedom Rally, Bagheri received multiple citations for failures to comply with the city’s masking ordinance. She says that she did not pay the hundreds of dollars in fines and returned a ticket to the city with a note from her doctor that she says exempts her from wearing face coverings. She says the city has left her alone since then. A spokesperson for the Beverly Hills Police Department said that he did not know the status of the citations and a spokesperson for the city could not confirm Bagheri’s story.

Bagheri, who works as a dance instructor, did not have a background in activism prior to organizing the Freedom Rally. In fact, she voted for Barack Obama in 2008 before casting her ballot for Trump in 2016. She is now a familiar figure at protests at grocery stores, restaurants, and other businesses, joining others in defying masking requirements and picketing against vaccines.

The experience with the Freedom Rally has also inspired political aspirations in Bagheri. In March, she announced on Facebook that she plans to run for Beverly Hills City Council in 2022. She has not yet filed the required paperwork.

Bagheri’s brush with the law seems to have mostly chastened her organizing efforts in Beverly Hills. Shortly after she was served with a notice to appear in court for the misdemeanor charges, she took a step back from the Freedom Rally, making occasional appearances but leaving the planning to other regulars. The mother of a student at Hawthorne School, Bagheri organized a small protest of the school’s mask policy in April.

While she now intends on applying for a permit to hold another Freedom Rally, she has continued to protest COVID-19 public health restrictions outside of Beverly Hills. On July 22, Bagheri and other anti-vaccine activists protested mask-wearing policies at Cedars-Sinai Hospital’s breast cancer treatment center.

Bagheri is scheduled to appear in court again on Oct. 27 for a progress report. 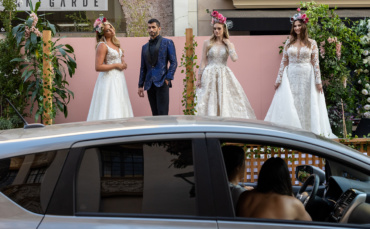 “The hiring of Santa Paula PD, the hiring of the security guards, wasn't on a whim,” he said. “It was months of planning.” 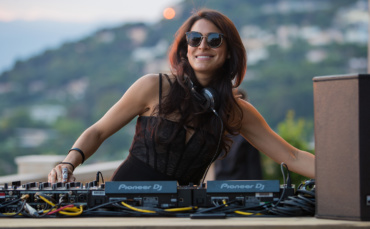