Three of the suspects charged in the high-profile robbery at Il Pastaio on March 4 have pleaded guilty. Khai McGhee, 18, Malik Lamont Powell, 20, and Marquise Anthony Gardon, 30, have all pleaded guilty to two counts of conspiracy to commit interference with commerce by robbery and one count of possession and use of a firearm during a crime of violence. Two other suspects in the crime remain at large. The development comes as another armed robbery took place within the Business Triangle on Sept. 22.

The three men involved in the Il Pastaio robbery are identified by law enforcement as members of the Rollin’ 30s Harlem Crips street gang. According to an affidavit filed by an FBI special agent in support of the charges, Powell’s car was used as the getaway vehicle. The affidavit states that a fourth accomplice surveyed the area around the Business Triangle before the group singled out Shy Belhassen and the Richard Mille watch on his wrist.

Belhassen told the Courier that he saw three men “running towards me with a gun” before the two unarmed men took his $500,000 watch. A third man held him at gunpoint. Belhassen fought back, saying that he “grabbed the gun” from the suspect and “fought him to the ground.” In the ensuing scuffle, the gun went off and injured another patron who sustained a minor injury to her leg as a result.

On Sept. 22, two individuals were robbed at gunpoint by two suspects on the 300 block of North Beverly Drive. In the holdup, which happened around 9:30 p.m., the victims complied with demands and gave the suspects their watches and jewelry, according to Subin.

“Beverly Hills detectives are actively investigating this robbery,” he said. 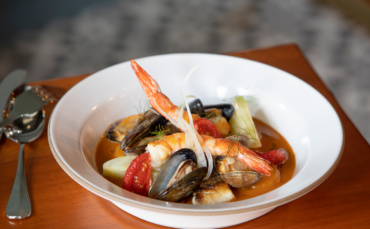 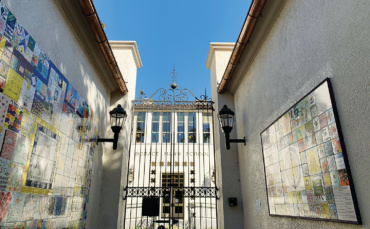