“We are fortunate, as a family business, to not have production issues,” Hagenburger said. “Yes, it’s a little slower and our deliveries are later than normal, but not ridiculous.

Despite challenges related to labor and supply chain shortages, compounded by a surge in new COVID-19 cases, Beverly Hills businesses did not lack for shoppers this holiday season. Many retailers reported revenue from this holiday nearing or exceeding earnings from the 2019 season.

Leasing activity reported by the Beverly Hills Chamber of Commerce shows that the city remains a sought-after destination for business owners. Dozens of new shops and restaurants have opened in the city this year, with at least 20 more set to debut in 2022. Additionally, hotels such as The Maybourne Beverly Hills and the Beverly Hilton are continuing to invest in their spaces with luxurious renovations planned for next year.

“Businesses were up significantly over 2019,” Chamber President and CEO Todd Johnson told the Courier. “There were not very many that I talked to that were worse off. I think the industry that took the hardest hit is: one, the restaurant world, and two, the hotels.” On Dec. 28, Lawry’s The Prime Rib on La Cienega Boulevard announced the restaurant would be temporarily closed for dining-in due to “unforeseen challenges and staffing issues related to the pandemic in recent weeks.” The announcement came shortly after Lawry’s canceled the Lawry’s Beef Bowl, an annual tradition in which the Rose Bowl teams are invited to dine at the Beverly Hills restaurant. Lawry’s is still fulfilling to-go orders.

“Our business is good, it’s not off the charts, but if we had a stronger quarter one of this year, we would be beating 2019,” Duke Hagenburger, the General Manager of menswear store ISAIA Beverly Hills, told the Courier. “We’ve been here for six and a half years, and we had a phenomenal 2019. And then, like everyone else, we had a tough time in 2020. We’ve seen it build back up, starting in the spring and going through summer, into the fall and the holiday.”

Located at 9527 Brighton Way, Hagenburger attributes some of the store’s stability to its highly localized clientele. “We’re not relying on people to come into town to buy from us,” he said. “It’s a relationship-based business.” Known for Italian hand-made menswear, ISAIA offers a tailormade Neapolitan shopping experience.

“We are fortunate, as a family business, to not have production issues,” Hagenburger said. “Yes, it’s a little slower and our deliveries are later than normal, but not ridiculous. With omicron, I think we’ll have a little bit of fluidity in the first month or two of 2022, but the customer is definitely back in and they’re ready.”

Last year, Tara Riceberg, owner of Tesoro Beverly Hills, worried about not having customers in her shop. This year, she worried about not having enough product. “Thankfully I was able to order from various sources to fill my shelves with beautiful and purposeful objects,” Riceberg told the Courier. “I think I had a strong holiday season because the city provided valet parking on Canon and I kept the store open on Friday and Saturday for late night shopping.”

With fewer street meters to make room for outdoor dining parklets, Riceberg was concerned that her store would suffer due to the lack of street parking. Soon after she voiced these concerns to the city’s Small Business Assistance Task Force, “my loading zone meters were removed and the valet was there,” she said.

With the omicron surge, Riceberg is anticipating a dip in sales. She plans to strengthen online and curbside pick-up again. “At the end of the day, the health of my team and customers is my priority.” She added, “I’m really proud of the city’s efforts to help small business survive and thrive during these challenging times.”

“I think it’s pretty encouraging, to be honest,” Johnson told the Courier. “Other cities are really struggling, and our spaces are getting filled up. I think the brand, and the fact that you’re able to work in Beverly Hills or have a business is still very alluring to people. When I talk to the other Chamber presidents, they tell me that things are kind of tough.” 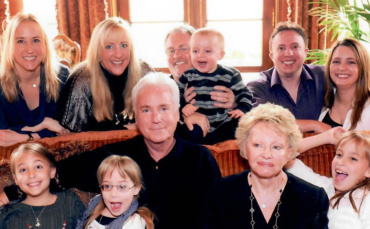 Beverly Hills philanthropist and theatre producer Vera Guerin has made the single largest donation in Cedars-Sinai Medical Center’s 100-year history, according to the nonprofit hospital. 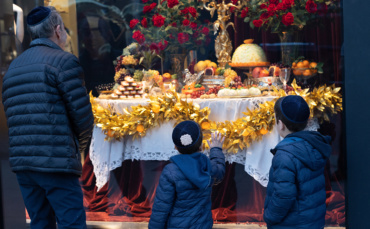 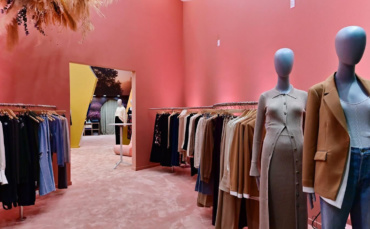 Just in time for the holidays, sisters Erin and Sara Foster opened the first brick-and-mortar store for their women’s clothing brand, Favorite Daughter, in Beverly Hills.