For the second time since the start of the pandemic nearly two years ago, the Beverly Hills City Council will return to in-person meetings in City Hall beginning on March 15.

For the second time since the start of the pandemic nearly two years ago, the Beverly Hills City Council will return to in-person meetings in City Hall beginning on March 15. Commissions will resume in-person meetings as noticing rules permit. The decision considers falling COVID-19 case rates in the area and a national relaxation of public health safety measures.

Vice Mayor Lili Bosse, who requested that the Council discuss the matter, explained that the end of Los Angeles’s indoor mask mandate warranted a new look at in-person meetings.

“It’s time,” Bosse said at a March 1 City Council meeting. “I think we should open up City Hall, open up our commissions again and get back to doing business face to face.”

All council members expressed support for hybrid meetings that allow for in-person or virtual participation.

“For so many people, it’s actually easier to take part via Zoom. I think it increases public participation when people have the options of either being in person or participating via Zoom,” said Mayor Robert Wunderlich.

Under a former health order, the city would have been required to confirm vaccination status or negative test results of anyone inside City Hall and would have only allowed vaccinated people to go maskless. But starting March 4, a new health order lifts masking requirements for even unvaccinated individuals.

The County Department of Public Health (Public Health) initially predicted that it would end indoor mask mandates by mid-March. The earlier relaxation comes after the Centers for Disease Control (CDC) issued a new system for determining risk that looks at severe disease and not community transmission.

“However, if you are at high risk for severe illness, I encourage you to talk to your [healthcare] provider and potentially wear a mask in certain settings,” Emergency Manager Meena Janmohamed said.

Councilmember Lester Friedman said that the city should be understanding of anyone who opts to wear a mask.

“People may have a very good reason for being fearful of still getting ill. Perhaps they had a family member who was very ill or even worse, and if people need to—want to—wear masks in public places, I think we need to be accepting of that,” he said.

The resumption of in-person meetings means that Wunderlich will preside as mayor for one non-virtual meeting.

“It is exciting to be able to go back to meeting in person. None of us thought it would be two years of video meetings,” Wunderlich told the Courier. “We will be going forward with a hybrid approach which will also allow the public to participate via video.”

Bosse and Councilmember Julian Gold will be installed as Mayor and Vice Mayor on April 5 and will preside over their first meetings on April 12. While details for the installation ceremony are still being confirmed, the city confirmed to the Courier that the event will be held in person. 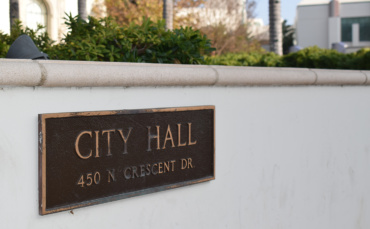 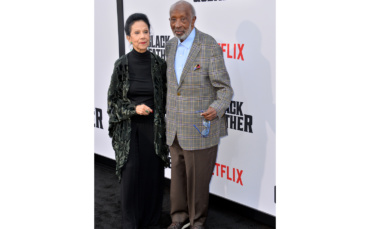