The May 31 announcement event at the Bram Goldsmith Theater included preview performances from contemporary dance company BODYTRAFFIC, as well as a musical number titled “We Live for Love” from “Invincible” performed by Benatar, Giraldo, and Bredeweg.

At its first live season announcement in three years, the Wallis Annenberg Center for the Performing Arts unveiled an array of theater, dance, music, film, cabaret, and conversation programming for the 2022-23 season on May 31. Headlining The Wallis’ 2022-2023 Season as Company-in-Residence is Sing for Hope and its founders, sopranos Camille Zamora and Monica Yunus, as Artists-in-Residence. As part of the residency, The Wallis will present the U.S. debut of the Sing for Hope Production of “The Last Sorcerer” (“Le Dernier Sorcier”), an 1867 masterwork salon opera on March 3, 2023.

The May 31 announcement event at the Bram Goldsmith Theater included preview performances from contemporary dance company BODYTRAFFIC, as well as a musical number titled “We Live for Love” from “Invincible” performed by Benatar, Giraldo, and Bredeweg.

“I’m most looking forward to having our diverse community of artists, audiences, donors, students, and the broader community fully engaged with The Wallis again via our live performances and education programs,” The Wallis’ Executive Director and CEO Rachel Fine told the Courier. “Our 2022/2023 offerings are meant to entertain, elevate, educate, nurture and spark joy among our community members. I’m eager to see our patrons embrace our programming with a Wallis subscription, which ensures they won’t miss out on anything during the season. I also recommend embracing the unexpected by sampling a wide range of performances. With the breadth and depth of our 2022/2023 season, which honors theater, dance, music, film, cabaret, conversation and family programming, there is something for everyone, including families with children of all ages. Whether you’re a new or returning patron, we are raising the curtain for you.”

Making its Los Angeles premiere on Jan. 11, 2023, The Wallis presents Wise Children’s “Wuthering Heights” based on the novel by Emily Brontë. The show is adapted and directed by Emma Rice.

The Los Angeles Chamber Orchestra (LACO) makes its debut at The Wallis next season with two appearances: Baroque Concerti on Jan. 28, and Masterworks for String Orchestra on May 6. Baroque Concerti features chamber performances with soloists Yura Lee, principal viola, and David Washburn, principal trumpet, and Masterworks for String Orchestra with compositions by Bingen, Britten, Mendelssohn, Hindemith, and Greig, curated by LACO Concertmaster and Director of Chamber Music, Margaret Batjer.

From March 16-18, 2023, “Shanghai Sonatas: A New Musical in Concert” will make its world premiere at The Wallis in collaboration with the University of Delaware Master Players Concert Series. The show is directed by Chongren Fan and produced by Xiang “Sean” Gao, one of Musical America’s Top 30 Professionals of the Year and illustrates how music has the power to bridge cultures. 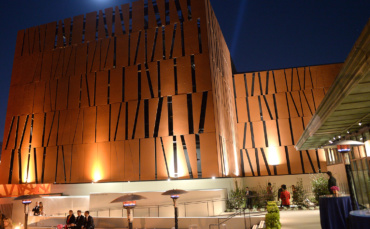 The Wallis Receives $10,000 National Endowment for the Arts Grant

“The Wallis is honored to receive this grant from the National Endowment for the Arts,” says Rachel Fine, The Wallis’ Executive Director and CEO. 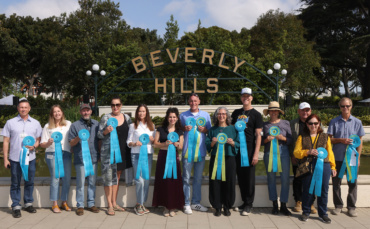 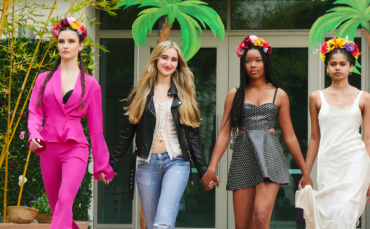