The city will now limit outdoor watering to two days a week and prohibit the use of drinkable water for outdoor irrigation between 9 a.m. to 6 p.m.

In light of historic drought conditions, the City Council unanimously voted to impose new water conservation measures. The city will now limit outdoor watering to two days a week and prohibit the use of drinkable water for outdoor irrigation between 9 a.m. to 6 p.m.

“As others have pointed out, we’re in the midst of a historic drought. Some would say it’s the most severe drought that the Southwest U.S. has had for 1,000 years,” said Councilmember Robert Wunderlich. “It really is a crisis.”

The city has divided the watering schedules between residences north and south of Santa Monica Boulevard. Homes to the north can water on Mondays and Fridays; residences to the south can water Tuesdays and Saturdays.

In addition to the restrictions, the city recommends running sprinkler systems for only 8 minutes and drip irrigation systems for 15 to 20 minutes. Residents should check sprinklers weekly, avoid water runoff, and check toilets for plumbing issues.

Beverly Hills has so far avoided the most severe water restrictions seen by other cities and counties. Beverly Hills receives its water from two major sources, the State Water Project from Northern California and the Colorado River. Thanks in part to this, in addition to other conservation investments the city has made over the years, residents do not yet need to cut watering down to one day a week.

The city will begin with outreach measures to inform the public about the new restrictions, including postcards to each single-family dwelling, emails, telephone calls, newspaper advertisements, and signage around the city.

Wunderlich did not express optimism about the ability to reduce water use through messaging alone, noting that water use in other parts of the state went up even after calls for water reduction.

“I could hope to be pleasantly surprised that we’ll achieve a target of 30% reduction, but I wouldn’t bet on it,” he said. “My guess would be that we’re likely going to see mandatory cutbacks being imposed by us in the future, because there simply isn’t enough water to go around.”

For residents who do not adhere to the restrictions, first time offenders get a warning. Subsequent violations incur fines up to $500.

Residents may be experiencing a sense of déjà vu with these latest restrictions. Back in 2014, then-Governor Jerry Brown declared a state of emergency over the water crisis at the time. In 2017, the city implemented a Stage C water conservation plan that saw water use decline by 20% compared to 2013 levels. By January 2020, after California enjoyed two wetter than average years, the state appeared to be out of the woods.

But just one year later, Governor Gavin Newsom signed an Executive Order that designated all of California under drought conditions, explaining in a press release that California faced “some of the driest conditions we’ve ever seen” and needed a “statewide response.” The situation has only degraded since then, with water sources reaching some of the lowest levels on record.

Highlighting the “new normal” of the global climate crisis, the response to one environmental emergency inflamed fears of another, namely fire.

“Other than the conservation element, which is key and why we’re having this conversation, the elephant in the room, aside from the water conservation, is the fire safety,” said Mayor Lili Bosse.

Residents from the fire-prone areas north of Sunset Boulevard expressed concern that cutting back on watering would create drier conditions ideal for wildfires. Director of Public Works Shana Epstein reassured residents that “trees and perennial non-turf plantings are not part of the two day a week watering” limits.

Epstein encouraged residents to take advantage of the services the city offers to help reduce water usage, including the city’s free Water Tracker, which offers water use statistics by year, month, week, or day. Residents can sign up at https://water.beverlyhills.org. The city also offers free water audits. For that and other tips, residents can visit http://www.bhsaves.org. 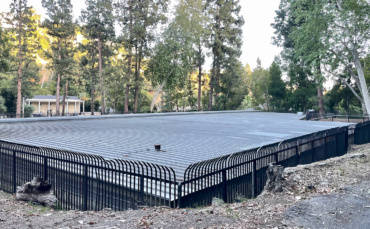 Located on city-owned property at Coldwater Canyon Drive and Cabrillo Drive, the Cabrillo Reservoir has been a contentious plot of land for the Public Works Commission since it was abandoned in 1986 due to groundwater infiltration. 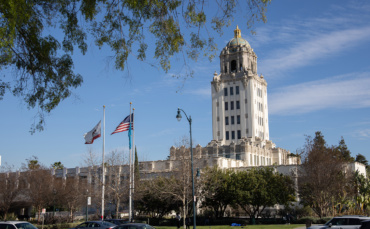 The ballot measure, known as Measure TL, will limit elected officials to three terms or 12 years in office.