Letting another luxury retailer into Beverly Hills would seem a routine matter even by the Planning Commission’s standards of meticulous deliberation. Moreover, as Planning Chair Myra Demeter noted during the meeting, the Faraday item dovetailed with the California Air Resource Board’s landmark announcement banning gas-powered car sales in California, beginning in 2035.

But there’s a hitch: Faraday’s eight-year company history has not included making a single car for public consumption.

In a filing with Securities and Exchange Commission regulators earlier this month, Faraday acknowledged it may not stay in business very long.

“Based on its recurring losses from operations since inception and continued cash outflows from operating activities,” according to the filing, “the company has concluded that there is substantial doubt about its ability to continue as a going concern for a period of one year.”

Brian Cuyler, a senior manager at Faraday, gave the commission the glass half-full version. Cuyler stated that though no cars have been made, they could very well be manufactured and sold by the end of 2022.

“The first vehicles will be delivered in quarter four of this year,” Cuyler said.

Asked by Commissioner Jeff Wolfe if the cars were in “pre-production” then, Cuyler said such information is “confidential.”

“I want you guys to succeed. We need that space filled,” said Commissioner Peter Ostroff. “But there seem to be a lot of hurdles and not insignificant ones.”

Ostroff and Wolfe inquired with David Snow, Assistant City Attorney for Beverly Hills, what relevancy Faraday’s shaky future might have with approving the showroom.

“If, unfortunately, they did not become successful, then presumably that would become an issue with the lease agreement,” Snow replied. “I don’t think it’s really relevant to the finding you need to make.”

“The situation is between the landlord and tenant,” Demeter said. “I don’t really think it’s in our purview.”

Other news and notes from the Thursday hearing:

Commissioners allowed a few zoning variants for a mansion at 910 Alpine Drive owned by real estate investor Alon Abady. The changes call for removing two trees and adding a tennis court and lights to a property that is more than 15,000 square feet.

Commissioners did probe at length the property’s arborist, Lisa Smith of the Tree Resource, about the removal and addition of various trees. Part of the variance included allowing a Weeping Fig and an Evergreen Pear tree to be cut.

“Trees are wonderful,” said Ostroff. “But only if they are the right trees in the right place.”

A permit was granted for a cosmetic spa at 421 North Rodeo Drive, titled the Spa de Med Wellness Institute. The shop will offer Beverly Hills residents and visitors plastic surgery, facials, and intravenous vitamin infusions among other treatments.

The project owner is Daryoush Mahboubi-Fardi, a Beverly Hills real estate investor and retailer since the 1970s.

The Planning Department updated commissioners on revisions to the 2021-29 Housing Element, the eight-year plan to meet all housing needs of its community members that must be approved by the state of California’s Housing and Community Development Department.

Beverly Hills meets “most of the statutory requirements,” according to the state. Instructions for changes included adding affordable housing counselors. A revised version indicates the city will partner with Los Angeles-based nonprofit Bet Tzedek Legal Services on housing assistance.

Commission members did not dive too much into the voluminous document during the meeting.

But they did offer observations.

Ostroff was referring to the housing shortage gripping California, one that has prompted the state to place new affordable housing requirements on local governments.

“We don’t have any restrictive zoning that anyone could rationally point out,” Ostroff continued. “Again, I would stress it’s not our fault.”

Demeter, on the other hand, mentioned the city’s racially restricted covenants, in place while Beverly Hills was built up throughout the early to mid 20th century.

The Chair also noted that, in negotiating with the state, Beverly Hills has unusual aspects to its housing layout.

“We don’t have any pockets of poverty,” Demeter said. “We couldn’t identify an area that was not affluent.” 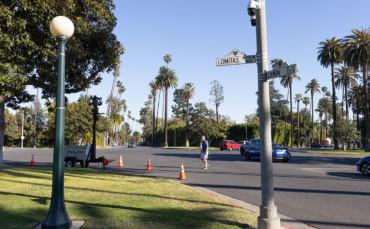 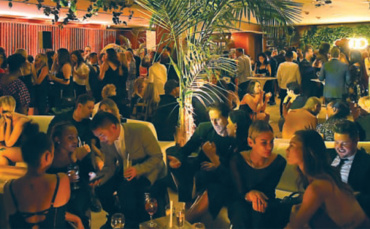