On Sept. 13, Amini was with her family at a train station in Tehran when she was approached by the Guidance Patrol, also described as the morality police. That unit is in charge of enforcing a strict Islamic code which prohibits wearing tight clothing and loose headscarves. They detained Amini, accusing her of violating clothing regulations and took her to a detention center. On Sept. 16, Amini later died in the hospital after falling into a coma. The official explanation was that Amini died of a heart attack after collapsing at the detention center, but witnesses and family believe that she was brutally beaten to death by officers. Iran’s President Ebrahim Raisi has vowed to investigate.

In the two weeks following her death, public outrage has spread beyond Amini’s Kurdish hometown of Saqez and across the entire world. In Iran, protesters have relentlessly demonstrated against the morality police and their policies. Iranian forces have retaliated against demonstrators with gas, pellets and live ammunition. State TV has reported that at least 41 protesters and police have died since the demonstrations began, according to the Associated Press.

Political figures, celebrities and activists have shared their frustration with the wrongful death and problematic policies. Hilary Clinton, Nancy Pelosi, Dua Lipa and Justin Bieber are among the few to have commented on the issue.

As of press time, Councilmember Sharona Nazarian is scheduled to participate in a candlelight vigil for Amini in West Hollywood, hosted by the Iranian American Women Foundation. Nazarian is from Iran and looks forward to standing in solidarity with her community against the injustices happening in a place that was once home to her and her family. “As a mother, a daughter, a woman, it’s appalling to me. These are blatant attacks on women and girls and who is there to protect them? No one,” Nazarian told the Courier. “It’s 2022 and such despicable behavior still exists. We need to stand up as a global society to end these horrific acts.”

At its upcoming Oct. 11 meeting,  Beverly Hills City Council will consider a resolution condemning the government of Iran. “What happened to Mahsa Amini is a disgusting, heinous act that is inhumane and unbearable to comprehend,” said Beverly Hills Mayor Lili Bosse. “The Beverly Hills City Council strongly condemns this evil, cruel, and barbaric act and strongly supports that all women deserve to live a life without repression, brutal violence and restrictions on their basic human rights.” 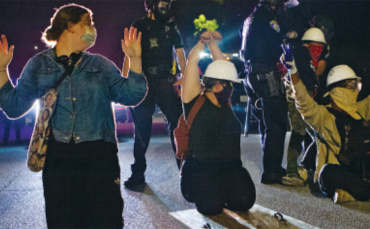 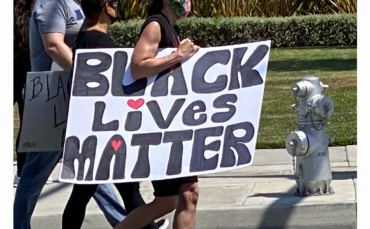 Another Weekend of Protests in Beverly Hills 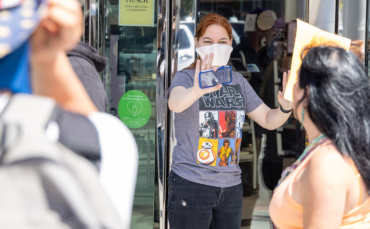 Even as the economy continues to open up, a group of protesters stood outside Sephora on Beverly Dr. to voice opposition to public health safety measures such as masking requirements.