On Nov. 4, bestselling author Brianna Wiest will join Mayor Lili Bosse for the fourth installment of her Mental Wellness Series.

On Nov. 4, bestselling author Brianna Wiest will join Mayor Lili Bosse for the fourth installment of her Mental Wellness Series. Bosse and Wiest will sit down for a live conversation at the Crescent Drive Side of City Hall.

Wiest is an American author and poet who has sold over 1 million books in over 20 languages. Her published titles include “101 Essays That Will Change the Way You Think,” “The Mountain is You,” “Salt Water” and more. Her next book, “The Pivot Year,” is set for release in the spring of 2023. In addition to writing books, Wiest has contributed to Forbes, Huffington Post, Teen Vogue, Allure and is currently a partner at Thought Catalog.

At the Nov. 4 event, Wiest and Bosse will discuss topics such as mindfulness, spirituality and emotional intelligence. “I’m excited to join Mayor Bosse to talk about mental wellness next week,” Wiest told the Courier. “It’s an important topic and I’m happy to join her series.”

Bosse’s Mental Wellness Series launched in July. Best-selling author and Holocaust survivor Dr. Edith Eger and her daughter, Dr. Marianne Engle, were the inaugural speakers and gave deep insight into freeing oneself of negative thoughts and behaviors. The second event was a community dance party, in which residents were invited and encouraged to shake their stress away one song at a time. The most recent installment of the series was a conversation with Dr. Deepak Chopra, during which he shared his formula for happiness.

“Brianna brings inspiring, soulful wisdom at just 30 years old and brings a fresh, new perspective,” Bosse told the Courier. “I am constantly amazed at how she connects with the human spirit. There is so much to learn from different generations about their experiences with mental wellness.” 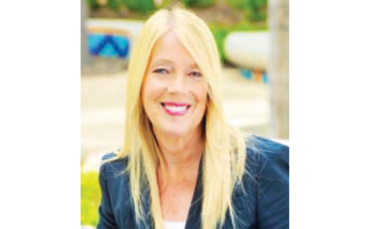 Mayor Lili Bosse is hosting a dance party on Aug. 18, and the entire city is invited. The exuberantly titled “Music & Dance!” event is the second installation of the Mayor’s signature Mental Wellness Series. 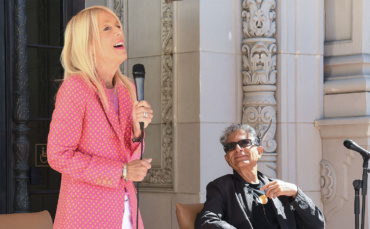 The bestselling author, pioneer in alternative medicine, and leading figure in the mindfulness movement discussed creating a pandemic of joy, overall wellness, and what he calls the “happiness formula.”