The Nov. 15 City Council Study Session was a look into the near future, discussing an event and a program launch both scheduled to occur in 2023. Mayor Lili Bosse and the rest of approved street closures related to the upcoming Golden Globe Awards and the Preferential Parking Program.

The Nov. 15 City Council Study Session was a look into the near future, discussing an event and a program launch both scheduled to occur in 2023. Mayor Lili Bosse and the rest of approved street closures related to the upcoming Golden Globe Awards and the Preferential Parking Program.

The discussions about the program were, in effect, a recap and continuation of a Town Hall meeting two weeks ago. City Council was reminded of the proposed changes with license plate recognition technology and the use of “permit by plate,” a newly acceptable alternative to hangtags for vehicle verification.

“The system remains very much the same,” Chief of Police Mark Stainbrook said. “It’ll give us information to fight crime and provide better security in the city.”

This time, the most common concern from audience members was the same as the previous Town Hall: resident reporting with the lack of a visual indicator. Councilmembers asked a more varied spread of topics, from fiscal impact to forged parking credentials.

Throughout their presentation, Dixon, Stainbrook and BHPD Sergeant David Tomlin emphasized the importance of messaging prior to the “soft launch” in February. All three argued that increased public awareness would help the implementation in its early stages.

“It’s really about education and outreach,” Dixon said. “Letting folks ask questions, anything that they need to understand about signup.”

The second and final agenda item began with an overview of the upcoming 80th Golden Globe Awards from the Community Development Department’s Stephanie Murillo. The Golden Globes, which have taken place at The Beverly Hilton every year since 1974, have become an annual city tradition — both the Hilton and the Waldorf Astoria are set to host studio after parties, as usual.

NBC will televise the television awards ceremony on Jan. 10, 2023, after the 2022 Golden Globes were not aired due to a lack of diversity within the Hollywood Foreign Press Association. The Globes will take place on a Tuesday for the first time in over 50 years, mostly to avoid scheduling conflicts with the NFL.

“[The Golden Globes] spotlights the city of Beverly Hills as the heart of the entertainment industry,” Murillo said. “To ensure the safety and protection of the community and event attendees are served, various streets and sidewalk closures surrounding the event will be fully or partially closed.”

After Murillo and a BHPD lieutenant spoke about security personnel, Dick Clark Productions (DCP) staff members were invited to the microphone to preview the event.

“We’ll have a wonderful party, big new sets, a wonderful red carpet,” DCP Vice President of Production Fonda Anita said. “It’s great to have high-profile guests, but we are very cognizant of how we impact the locals nearby.”

Councilmember Lester Friedman raised points about traffic concerns for the Tuesday timeslot and the use of drones for camera angles. In response to production-focused questions from Councilmember John Mirisch, DCP representatives promised an “immersive” set featuring innovative views, camera angles, and presentation features.

“I’m also obviously supportive; this is a tradition in Beverly Hills,” Vice Mayor Julian Gold said. “We like to not only honor Dick Clark’s memory, but his good sense to understand that this event belongs here.”

From previous generations’ stars such as Frank Sinatra, Sammy Davis Jr., and Elizabeth Taylor to more recent entertainers like Jennifer Aniston and Eddie Murphy, many of the Globes most recognizable guests over the years have been Beverly Hills residents themselves.

In his speech to the councilmembers, DCP Executive Vice President of Television Barry Adelman agreed with Gold’s comments — the location was now in the event’s DNA.

“[Clark] called me one night when he was thinking about the Globes, and he said to me, ‘Please, whatever you can do, don’t let them ever move the show out of Beverly Hills,'” Adelman said. “He believed there was some magic going on at that hotel.” 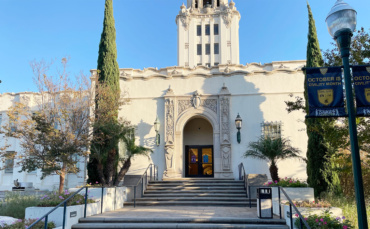 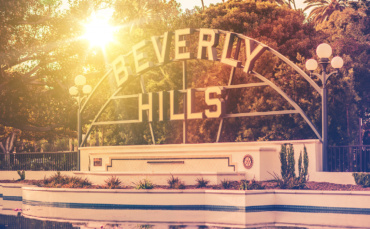 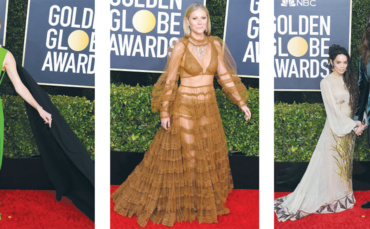