As 2022 comes to a close, the Courier is taking a look back on the top news stories from the past 12 months and the headlines that have shaped the city of Beverly Hills. This year was marked by mayoral initiatives like “Business with Bosse,” and “Live with Lili;” the creation of the Real Time Watch Center with a new police chief at the helm; arts and culture events, and new members of the City Council and school board.

The city of Beverly Hills began the year with a new chief of police, Mark Stainbrook. He became the 11th person to hold the title since the formation of the department in 1927, overseeing more than 200 officers and civilian employees.

In February, Beverly Hills hosted Frieze Los Angeles for the first time. The event drew in an estimated 35,000 visitors to the international art exhibition. With everything from large-scale sculptures to small watercolors and digital art, more than 100 exhibitors from around the world presented work from internationally renowned and emerging artists alike.

After the full-scale Russian invasion of Ukraine, the City Council unanimously passed a resolution in March condemning Russia, standing in solidarity with Ukraine.

In April, Lili Bosse was installed as mayor, ushered in her third term with a ceremony at the Wallis Annenberg Center for the Performing Arts. Bosse’s speech unveiled new initiatives, including the Beverly Hills Police Department (BHPD) Real Time Watch Center. Launched in June, the facility uses state-of-the-art technology to monitor the city’s sprawling surveillance network around the clock. That network includes nearly 2,000 CCTV cameras, automatic license plate readers, unmanned aerial systems (drones), a fusion cell and Live911, a new system that allows officers to hear emergency calls live in the field as they come in and immediately respond without having to wait for instructions from dispatch.

In May, the City Council unanimously passed a 14% base salary raise over the next three years for the BHPD, making the city’s officers the highest paid in Southern California. To attract more female police officers, Bosse and Stainbrook signed a letter of intent to participate in the 30 X 30 pledge in April, which commits to increase the recruitment, retention, and promotion of women in the BHPD. The mission of the nationwide 30 X 30 campaign is to achieve at least 30% female representation in law enforcement by the year 2030.

In June, Sharona Nazarian was elected to the Beverly Hills City Council. She became the second Iranian American and the first Iranian American woman to serve on that body. With three open City Council seats, the election saw the highest voter turnout since 1972, with over 40% of the city’s 22,439 registered voters casting their ballot. Incumbent Councilmember Lester Friedman, who was first elected in 2017, was reelected with the highest share of the vote in this latest election. Incumbent Councilmember John Mirisch finished third and was reelected to an unprecedented fourth term.

Also in June, the city kicked off Pride Month with its inaugural Pride Night event at the Wallis Annenberg Center for the Performing Arts Promenade Terrace with live entertainment from a diverse roster of performers.

In July, the son of Beverly Hills City Councilmember Lester Friedman, Adam Friedman, was charged with two criminal counts by the Los Angeles County District Attorney’s Office for allegedly creating a fake social media account impersonating then city council candidate, Sharona Nazarian, while his father was up for reelection. The charges were subsequently reduced to misdemeanors. Friedman’s next court date is in January.

After the murder of Mahsa Amini in September, councilmembers took to the streets to join the protests and passed a resolution that condemns the government of Iran for the wrongful death of Amini and calls upon the United States government and the United Nations to increase sanctions against Iran.

In a major milestone, the city officially approved plans for Cheval Blanc Beverly Hills in September. The high-profile luxury hotel project is being developed on North Rodeo Drive by LVMH Moët Hennessy Louis Vuitton. UNITE HERE Local 11 has since launched a petition campaign to put the approval of the hotel before voters by way of a citywide referendum. The County of Los Angeles Registrar-Recorder is presently in the process of certifying the signatures obtained by the union.

In November, voters returned to the polls to cast their ballots for two of five candidates running for a seat on the BHUSD Board of Education. Incumbent Rachelle Marcus and first-time candidate Judy Manouchehri emerged as front-runners soon after the polls closed and were declared victorious.

Former Beverly Hills High School wrestling coach Ryan Faintich also became a household name in November, when he was fired after surveillance footage surfaced that showed him pushing another student on campus. The move was met with a firestorm of public outcry, and dozens of outspoken Faintich supporters that voiced their views at school board meetings. As of year’s end, no action has been taken to restore Faintich to his position, although recall notices were served on several board members by angry parents.

November also saw the official launch of the holiday season, with the annual Rodeo Drive Holiday Lighting Celebration. The event drew a crowd of 6,000 and featured a performance by 16-time Grammy Award-winning musician, songwriter and producer David Foster and singer Katharine McPhee.

In December, the city came together to celebrate City Manager George Chavez, who is retiring after 34 years of service. Chavez was honored with a farewell party, a commendation and historic key to the city.

As the year draws to an end, residents have one more weekend to view the spectacular “Unwrap the Magic” 3D mapping show illuminating City Hall. The holiday-themed projections have delighted spectators throughout the festive season and will continue through Jan. 1. 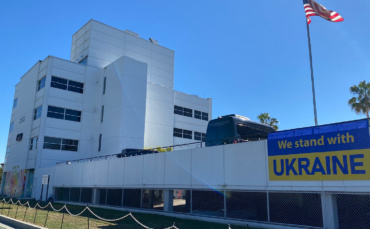 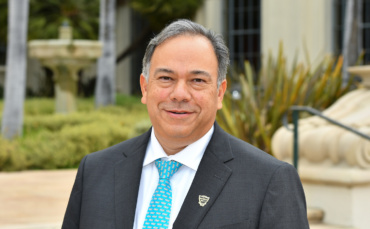 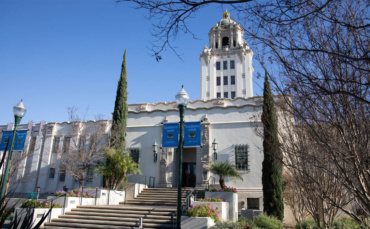 The younger Friedman now faces two misdemeanor counts stemming from his alleged creation of a fake Instagram account in the name of Councilmember Sharona Nazarian in April.