The Beverly Hills outpost will be Boulud’s first foray into the West Coast. In this exclusive preview, Boulud spoke with Wine + Dine about his vision for the new Beverly Hills project, the culinary bond between the coasts and his long-standing friendship with Wolfgang Puck.

Daniel Boulud is coming to Beverly Hills, with a restaurant set to open in the new Mandarin Oriental Residences in 2023. The revered chef-owner’s New York City-based empire is anchored by the two-Michelin star DANIEL and includes the elegant Café Boulud, the contemporary Parisian bistro, db Bistro Moderne and several other acclaimed eateries. The Boulud brand has extended into Florida, Washington, D.C., Massachusetts, as well as the international destinations of Singapore, Toronto, Montréal, and Dubai.

The Beverly Hills outpost will be Boulud’s first foray into the West Coast. In this exclusive preview, Boulud spoke with Wine + Dine about his vision for the new Beverly Hills project, the culinary bond between the coasts and his long-standing friendship with Wolfgang Puck.

Everyone in Beverly Hills is excited that you are coming here. Why did you decide to make this move now?

This all started because of my 20-year friendship with Michael Shvo the developer. He proposed to me that he was going to develop the first Mandarin Oriental Residence in Beverly Hills. I felt it was going to be a good opportunity to be associated with this brand because I know the Mandarin brand, having worked together with them in the past.

I’ve been coming to L.A. for decades. I have family members living there as well and lots of friends there. The customer relation between L.A. and New York is one of the biggest bridges between the two cities. We have a lot of regular customers from L.A. that come and see us all the time in New York. And vice versa, a lot of our regular customers in New York ask me, ‘Where should I go in L.A?’ L.A. is doing very well on its own and we are very happy to partake in the constant evolution in excellence in L.A.

What is the timeline for the new restaurant and what is your vision for it?

It will be in 2023, although we do not have an opening date yet. It will be on the ground floors of the Residences, not very big but still a good location with a window over the avenue. There is going to be a little garden with tables outside as well. I think we want the restaurant to feel casual and to feel sophisticated but very relaxed at the same time. I think it will be a destination but at the same time something that the locals in that part of L.A. will consider one of their favorites. A place where you can easily drop in and enjoy. We have an L.A. designer, Marc Ange, who has a great affinity for details in architecture. There is a bit of the inside-outside feeling, because in L.A. there is always that connection with outdoors. And there is great parking with a valet on Wilshire, which is very practical. People drive in L.A.

You have a huge presence in New York and have restaurants all over the world. What are some of the factors that set L.A. apart from those other locations?

In New York City, restaurants have a tendency to be a little more dressy and businesslike, while in L.A. many of the restaurants are quite approachable. People may be in leisure clothes, but they are doing business. In New York City we have always been very seasonally driven by the market. We have four seasons, with a fall and winter that are much more prominent than in L.A. There, you have a farmers market all year long. In New York, we have been living on Californian produce and goods for a long time, even cheese. We fly over lots of product that is from the coast or from the land, also the wines from northern California and central and even now from the south. No doubt that abundance and excellence in produce will not be the worry for us.

You have a long friendship with Wolfgang Puck, our ‘Man of the Year.’ What can you share with us about it?

We’ve known each other for almost 40 years. Wolf, for a long time before he opened his restaurant downtown at the Four Seasons, would come to New York regularly for business. He would do ‘Good Morning America’ every month and would stay at the Regency on Park Avenue. He would walk to DANIEL every night for dinner. He would call me and say he’s in town. And we have just opened a restaurant called Le Gratin, two blocks away from Wolfgang at Cut so it is perfect. Now I can go see him downtown and he will also come to my restaurant. And Spago has always been my home in L.A. and will always be. There is camaraderie and no competition because at the end, the customer makes the decision about where he wants to go and eat. Our friendship matters most before business. 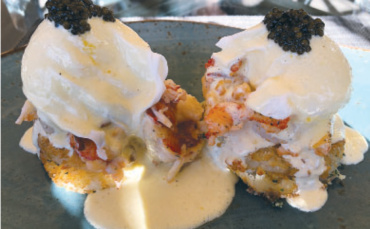 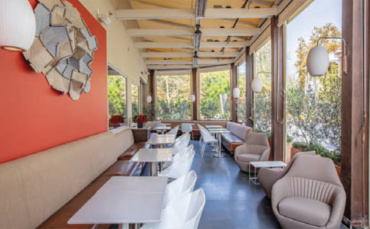 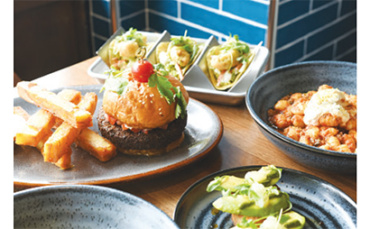 Alluring, Plant Based Restaurants are on the Rise