At its Jan. 3 Study Session, the Beverly Hills City Council agreed to explore the creation of an ordinance that establishes a legal procedure for forfeiting “nuisance” vehicles and allows for the prosecution of street race audiences.

Illegal speed contests, also known as street racing, have long been a problem in Los Angeles, with drivers racing their vehicles at high speeds on public roads, endangering themselves, pedestrians, other drivers, and property. At its Jan. 3 Study Session, the Beverly Hills City Council agreed to explore the creation of an ordinance that establishes a legal procedure for forfeiting “nuisance” vehicles and allows for the prosecution of street race audiences. With unanimous support from the Council to take a tougher stance against illegal speed contests, city officials are trying to send a clear message there will be consequences for those who engage in the activity. The item comes after a 24-year-old woman was killed after being hit by a driver doing doughnuts during a street takeover in Hyde Park on Dec. 25.

“We don’t want to just limit it to people racing each other or spectators, and really find ways to confiscate these cars because to just merely impound, even though that might be painful for a moment for some of these people, it might just be a moment, but if they literally lose their car…I think that is painful,” Mayor Lili Bosse said.

In 2019, the City Council adopted Ordinance No. 19-O-2780 to prohibit spectators at an illegal speed contest or where preparations are being made for an illegal speed contest in the city. Now, the city is modeling a new ordinance after the city of Paramount. In 2020, Paramount adopted two ordinances that established regulations for illegal street racing and declared cars found in violation as a nuisance. After being declared a nuisance, the vehicle can be taken and impounded. The second ordinance allows for the misdemeanor prosecution of spectators. According to a staff report, data from Paramount from January 2021 through August 2022 resulted in 137 arrests, 272 notice to appear in court citations, 78 notice to appear citations for spectators, 145 administrative citations for spectators, impounded 117 vehicles and confiscated 25.

“Impounded and stored sounds more lenient than confiscated,” Bosse said. “Confiscated, says goodbye to the car, and you don’t get it back…I want to be as hard as we can be on this ordinance.”

But in drafting such an ordinance, many Councilmembers wanted penalties to be more severe than Paramount and proposed using drone footage to help issue citations and confiscating cars that engage in a solo speed contest. “It depends on what the vehicle code says about a specific crime and how much we can do in regard to that,” City Attorney Laurence Wiener said.

“That they would have to forfeit their vehicle is a penalty that would be very much ‘let the punishment fit the crime,’” Councilmember John Mirisch said.

According to staff, there has been one street race in the city in 2021, in which about 100 cars blocked access to the intersection at Canon Drive and Lomitas Avenue as drivers did stunts for a crowd of spectators.

“I am in support of heavy fines, impounding, seizing vehicles, whatever it is to make the message clear that we will not tolerate this,” Councilmember Sharona Nazarian said.

“I think fines, with some of these folks, they don’t care,” Beverly Hills Police Chief Mark Stainbrook said. “But if you take their car, they care, and that’s sending a big message.” 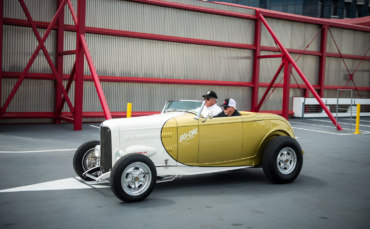 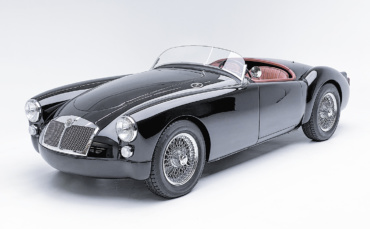 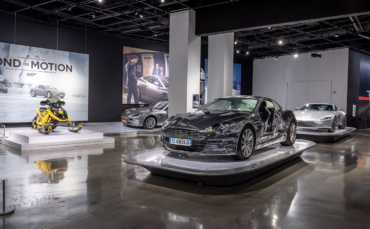