“The Board of Education is very pleased that we received such a positive response to our [request for proposals] and we will now move quickly to the vetting process,” School Board President Mary Wells told the Courier in a statement.

The Beverly Hills Unified School District (BHUSD) has received seven applications to take over management of its bond program to modernize and expand schools in the district. Notably, the program’s current manager, Team Concept Development Services (TCDS), did not submit an application, marking the end of its controversial five-year stewardship.

“The Board of Education is very pleased that we received such a positive response to our [request for proposals] and we will now move quickly to the vetting process,” School Board President Mary Wells told the Courier in a statement.

“We are committed to transparency and accountability and completing our program in a timely fashion.”

But since 2008 and 2018, many of the improvements promised by Measures E and BH have failed to materialize on time or on budget, with certain projects scrapped from the plans altogether. In an October study session, TCDS owner Don Blake reported to the board that the program was short by $129 million, though TCDS later put out a revised figure of $89 million.

The district brought on TCDS in 2017 to course correct for the prior bond manager, but confidence in TCDS has waned over the years, leading to a breakdown in trust between the board and the manager.

Blake did not respond to a request for comment.

“At best, I have found our current process, systems and information we are receiving regarding the state of our construction program to be opaque,” Board member Gabriel Halimi wrote in a letter on

March 22. “Just over the last few months, we’ve found ourselves surprised, confused and frustrated. And given the fact that we’re over budget and delayed in delivery, there are questions that need clear answers.”

The board voted to put out a request for a new bond manager on Feb. 1, calling for submissions from firms with “extensive experience in construction of public-school facilities in California,” along with other relevant qualifications.

At a study session on May 24, the board heard about the seven companies that submitted applications in response to the request. The companies are Telacue Construction Management, Cummings, Fonder-Salari Inc., CBRE Heery Inc., Paragon Engineering and Management, Rachlin Partners, and Answer Advisory.

The district will rate each of the proposals over the coming weeks, prioritizing the cost estimates and experience of each applicant. TCDS will remain as the manager until its contract expires on July 17, at which point the district will switch to the new manager.

Also at the study session, the board discussed possible approaches to covering the program’s budget shortfall, including taking out a low-interest loan with the City of Beverly Hills or engaging in a philanthropic partnership in exchange for naming rights. 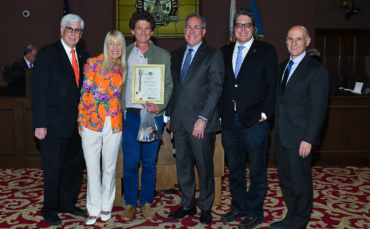 The Beverly Hills City Council recognized andSons Chocolatiers during the "60 Second Shout Out" at the Council meeting on May 10. 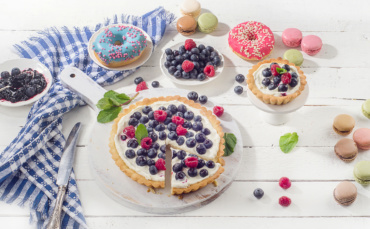 The annual Pie Bake & Piesta is a free event featuring a pie bake contest, a kid’s zone, and entertaining pie-themed activities, including a kids and adult pie-eating contest. 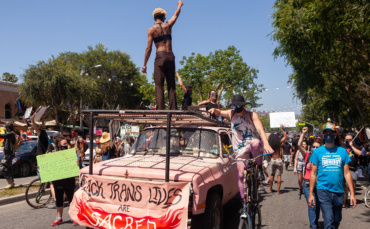