The Future of Driving in Beverly Hills

Here we take a look at the latest advances in safety, efficiency, communication, navigation, and emergency services to aid us in our 2D world.

The Courier’s Fine Autos Contributor Tim Lappen is the Fine Autos Editor for Haute Living, Haute Time, Haute Residence and Haute Auto and a partner in a Century City law firm where he chairs his firm’s Family Office Group and the Luxury Home Group. He can be reached at TLappen@gmail.com, and his website is www.LifeInTheFastLane.org.

Visions of the future (as conceptualized in books, movies, and television shows, in any case) are often divided into either post-apocalyptic dystopias or Shangri-las of cutting-edge technological conveniences. When it comes to the vehicles of tomorrow, they have almost always fallen into the latter category, with predictions of personal space planes and gravity-defying hovercrafts.

While there are a few “flying cars” and “automatic drones” being proposed, we aren’t quite there yet. For one, we seem to still have enough trouble with the two-dimensional world of forward, back, left, right — without adding the third (up and down).

And to that end, a host of automakers are incorporating technologies in their current fleets that would have seemed unimaginable only a decade ago. Here we take a look at the latest advances in safety, efficiency, communication, navigation, and emergency services to aid us in our 2D world.

We’re familiar with the term “Driver Assistance,” which can be anything from warning the driver of a mechanical issue to controlling the car when the driver apparently is making a mistake. Many cars now offer (at least as an option) lane-keeping assistance and are programmed to keep the car between the lane markers. Some have a little difficulty with that task when the roads are wet or especially when there’s snow, but they generally do a good job. The new all-electric Hummer EV offers GM’s “Super Cruise,” a self-driving mode that even changes lanes upon the driver’s command with a touch of a button.

“Active Cruise Control” not only allows the driver to pick a speed but also to select the space the driver wants to leave behind the car in front. These devices can keep the car at a set speed, whether going uphill or down, and also slow the car to a complete stop and then resume when the traffic starts moving again. Many new cars offer this feature, including the ground-breaking Mercedes-Benz EQS. 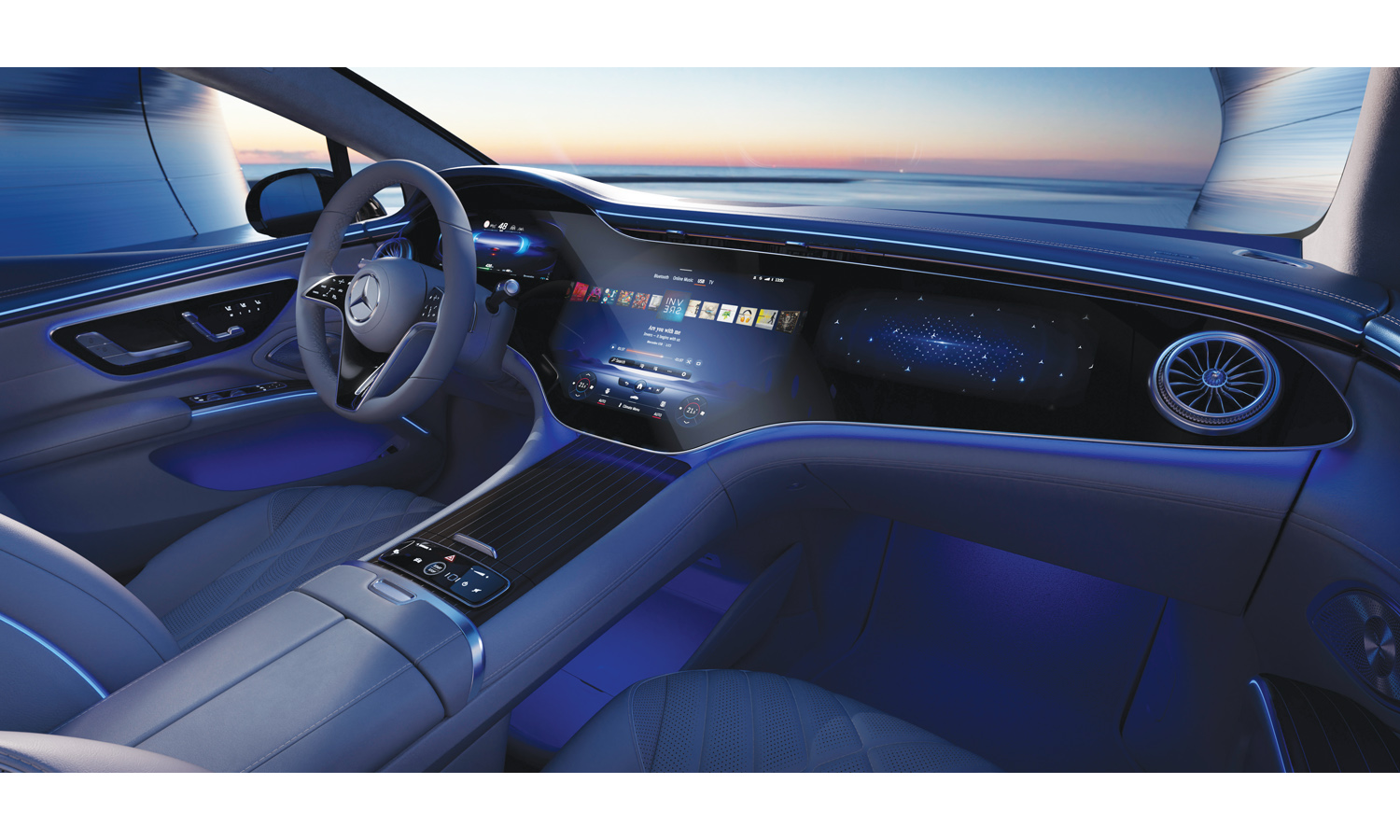 Automatic braking is often included as part of the driver assistance network, but it has a special place on the list, as many car makers offer this option, and sometimes it’s even standard. If the vehicle senses that the differential between the speed of one’s car and the speed of another object (a fixed object or even another moving car), it can audibly warn the driver and also can apply the brakes, either softly or very swiftly, depending upon the level of urgency it senses. These systems can help make “rear-enders” a thing of the past and enable insurance companies to offer a discount to drivers whose cars have such systems in place. The new Cadillac CT5-V Blackwing, a 660+ horsepower six-speed stormer, has this feature (and many more).

But of all the new Driver Assistance developments “Safe-Assist” systems might be the most exciting and underrated. Monitors at the back of the car warn drivers when opening the door is unsafe due to approaching traffic, including a nearby cyclist. Some cars flash the lights in the driver’s side mirror quickly, and some initially disable the interior door handle, so the driver has to pull the handle twice to get the door to open (presumably to signal the driver to check the mirror to find out why it didn’t open the first time). The high-performance all-electric, exotic Audi RS e-tron GT offers the flashing mirror lights and the temporary door release disconnection. 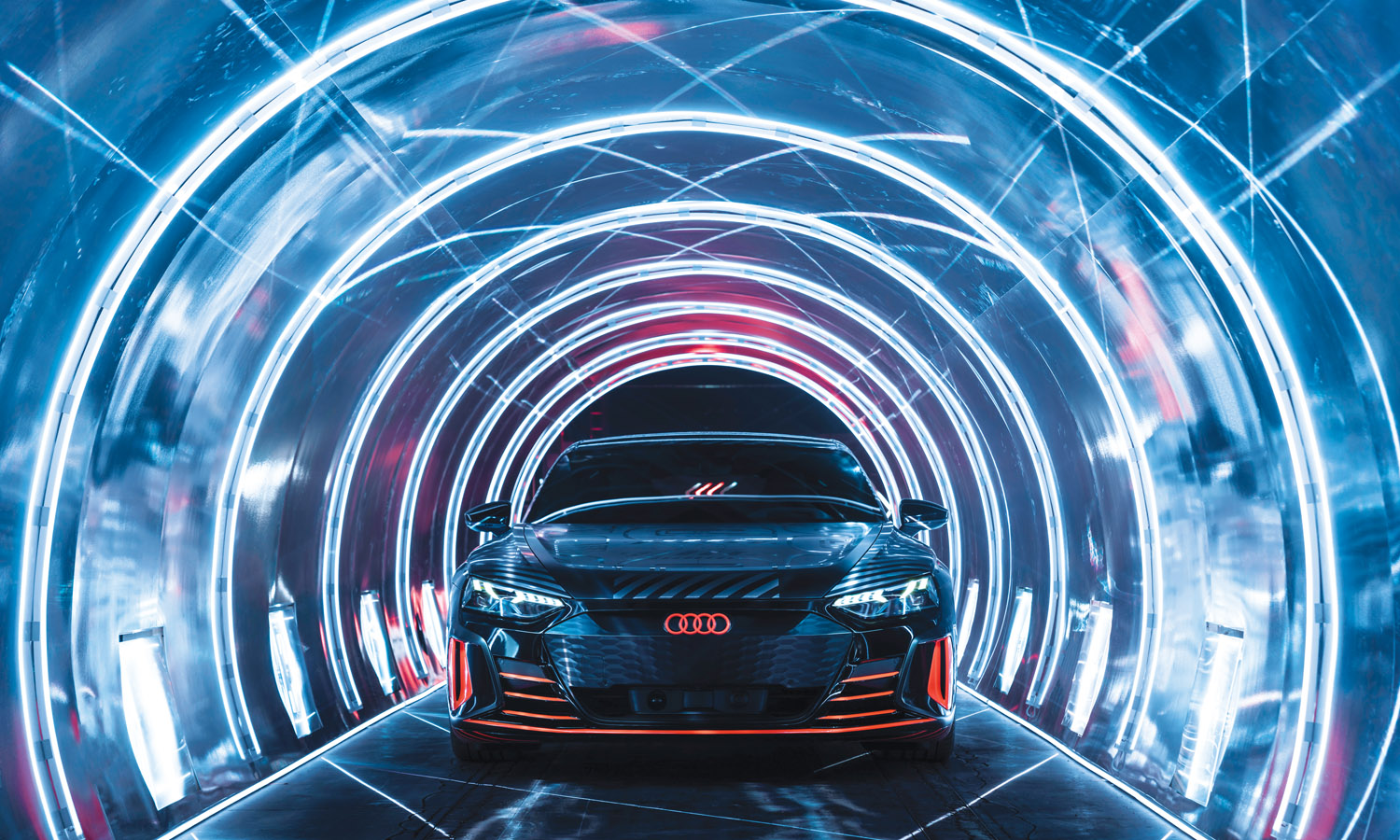 The latest cars now employ multiple cameras (the new Hummer EV has enough to offer 18 different camera views) and computer systems that “stitch” the images together to give any number of options, including a “blimp shot,” as if viewing the car from a blimp hovering above. It allows for much safer backing up, parking and pulling out into traffic, especially on those cars which have “cross-traffic warnings,” which alert the driver to vehicles approaching from the left or right front of the car or the back. The Hummer’s cameras are perhaps the most numerous, in part because two of them are below the truck, to be sure that any obstacle a driver is about to go over is not too tall (and those underbody cameras have their own remote-controlled washing system).

As far as navigation is concerned, it’s hard to believe that “OnStar” was introduced by General Motors in 1996. GM touts it as the industry’s first built-in system of “telematics” (monitoring vehicles using GPS engineering and on-board computerization to show the vehicle’s location and movement on a computerized map). It was designed to provide both an automatic crash notification and security system. When a car’s airbags deploy, the built-in OnStar module immediately connects to an Advisor who relays the information to emergency responders. That same system can allow the OnStar operator (once given permission by the police) to locate and then to slow down or even stop a car, a terrific service for recovering stolen cars without the need for high-speed chases.

Automakers have for years now accepted that the age of the smartphone is here to stay, and they have continued to expand technologies to make it easier and safer for drivers to use them with less distraction. For example, Google’s Android Auto and Apple’s CarPlay app mirroring and phone integration systems, which allow you to transfer navigation routes from phone to car and stream music through the car’s audio system, are now widely standard (in fact it’s easier to find new cars with this tech than without it). But both Google and Apple continue to expand capabilities on these platforms. The latest version of Android Auto will feature “Fast Pairing,” which wirelesssly syncs phone and car with a single tap. The new BMW iX EV will be among the first to debut this feature. Apple introduced its upgrades to its CarPlay iOS earlier this year, and among them is a function called “Driving Focus” mode that reduces notifications while the app is active or when it senses that you are driving.

Phones may have replaced cameras, wallets, and maps, and soon keys will be a thing of the past. Many car manufacturers now include the ability to lock, unlock, and even charge electric cars and other features, which allows drivers to use their phones for tasks which previously required being in the car and using a physical key. The technology is quickly advancing. With secure authentication offered with Bluetooth connectivity, automakers like Ford and Hyundai are using complex encryption tech to further boost security. One day soon car owners will be able to grant access to others to enter vehicles to retrieve items or give permission to drive, then rescind after the tasks are completed—all from across town or the globe with no keys required to change hands.

While notions of intergalactic travel and teleportation still remain firmly in our collective imaginations, the practical necessity of getting from point A to point B is in fact becoming easier and safer. Who knows what the future holds? One thing is certain, with the continued merger of cars and tech, it’s definitely something to look forward to. 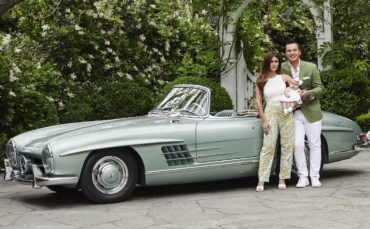 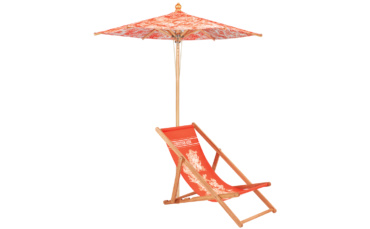 Must-Haves for Summer in Beverly Hills

Summer is a time for rebirth and renewal. Maybe you’ve been thinking of sprucing up your outdoor spaces now that you can entertain again. 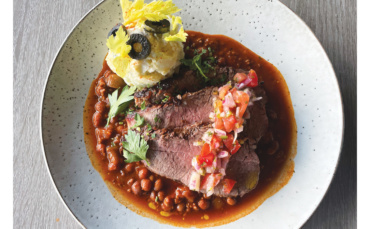 We reached out to some of the city’s top chefs to gather their favorite summer family recipes and remembrances.